Starting a new thread just because... Here's the demo for the 2021 QB Challenge. There's still a bunch more work to do but what's there so far is pretty playable. I was able to cram in some sfxs and level progression in tonight as well as create some demo levels to release with it. I need to go back and create more sprites though. There's only a small number of level sprites so I needed to reuse them a bunch to get the demo out. (The game has an array that can house 122 of them total).

There's a sprite creator (S_EDIT.BAS), a sprite to file name mapper tool (SID_EDIT.BAS), a level creator/editor (LVL_EDIT.BAS) and the main game itself (XMAS2021.BAS). The demo comes with three levels to play around with. I included all the tools and such in case anyone wants to make their own stuff (doubtful). I plan on finishing the game in the next coming weeks. I'll also update the site to have a proper section for it.

No screenshots yet unfortunately as it's almost 3:00am on Christmas morning and I'm just glad to be releasing it.
Link to download: Demo Link

To run the demo, load XMAS2021.BAS in QB4.5 and run that from the directory you extract all the data files to.

Hopefully it works as expected. I'll post more screenshots and such tomorrow or Sunday. :) 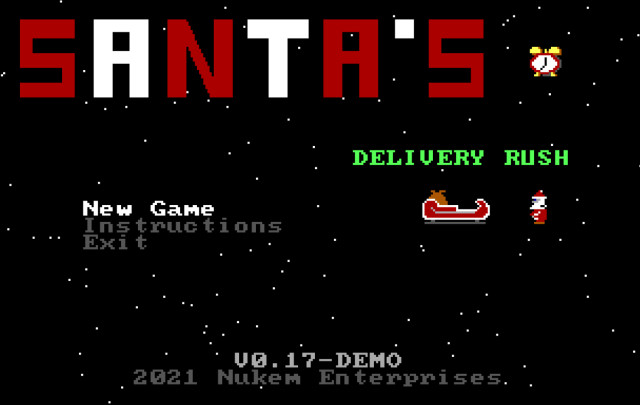 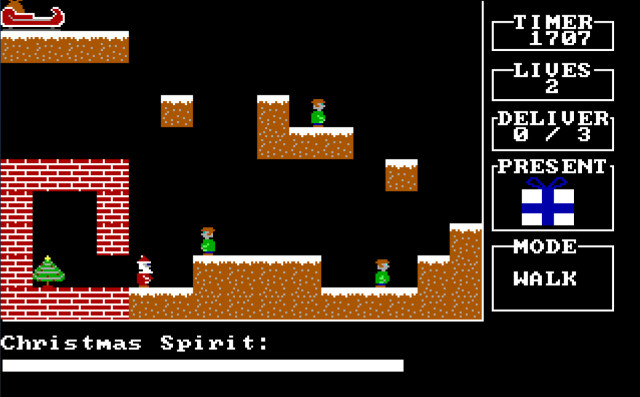 Also, Puck, are you cool with it if I add you in the credits on the final version under "Game Design"? Or some title along those lines?