So, last month Graham from Graham's World Wide Web server released a QB version of Wordle called WorDOSle (link: http://grahamdowney.com/software/WorDOSle/WorDOSle.htm ) it 's really good. I actually loaded it up on my XT and played it that way as it comes with a specific monochrome mode. I never played Wordle before and only knew about it because of the hype I've heard. It's actually a pretty fun game.

Still procrastinating finishing Santa's Delivery Rush, I was curious how hard it would be to throw together a version written in COBOL. It actually was really easy and pretty fun to do. COBOL is fantastic at reading, searching and processing fixed length data so this game is right up its alley.

Here's a screen shot of the current game: 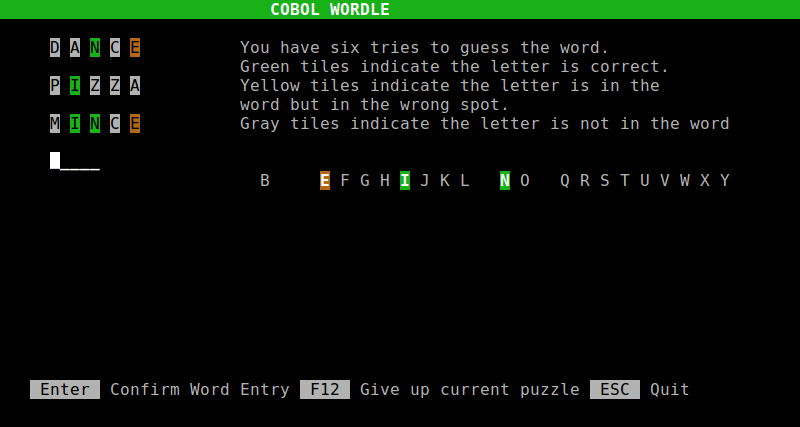 And a short little video demo of me fumbling through generating a video for this thing:

I guess for these type of things I should really start generating compiled executable files so it's easier for people to try it out. :)