Final solder job with some reflowed and flux cleaned off. There's two pins on the left side that look like they could use a tiny bit more solder but I think it might be okay. 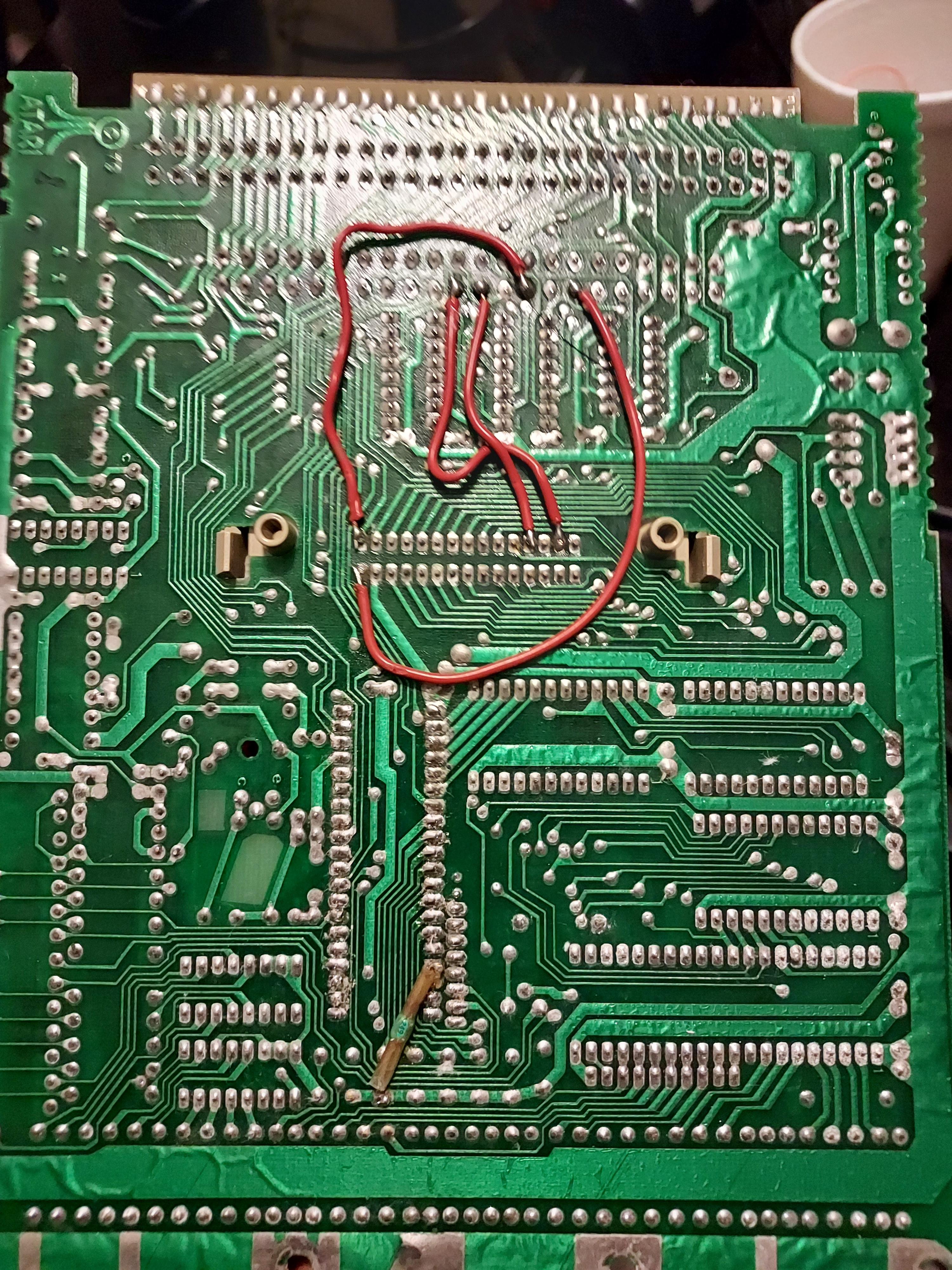 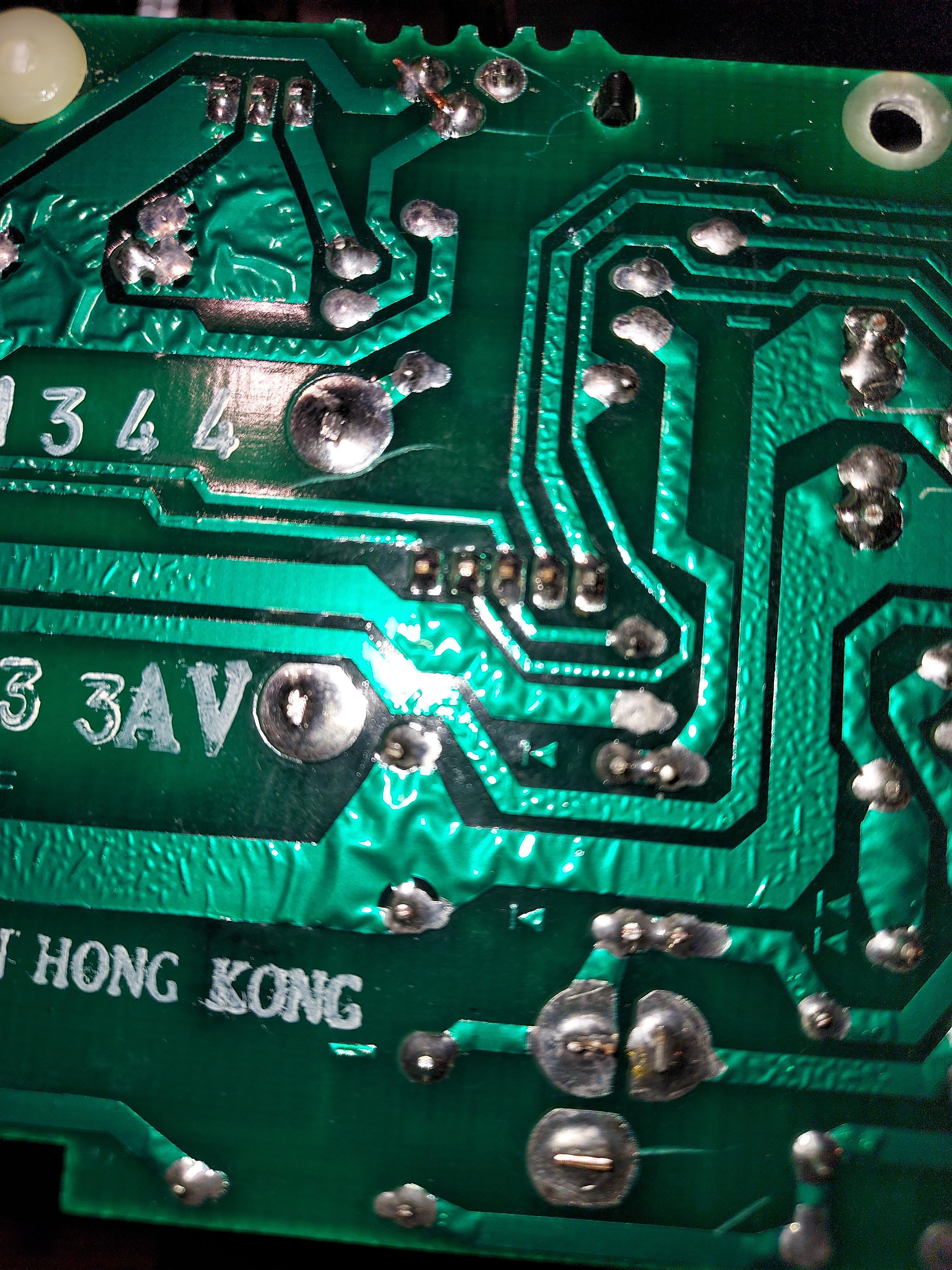 So, all was going good. I had the thing working for a while apart and had no issues. I then started putting things back together. I put the big shielding on and stuff.. still no issues. I put the case together (against my own gut feeling). I had some issues with the screen flickering on channel 3. I swapped it over to channel 2 and it was fine. The channel change switch is also on the fritz but as long as it works on one channel, I'm okay with it for now.

So, things are all together and I'm testing BASIC out. Absolutely no issues. Everything works great. My bypass jumper is working as well. Then, I try the floppy drive. That loads up the print program without any issues. The belt is a little tired so it keeps me from really clamping the drive down the full way. I had tried to clamp it after it loaded the program but then it didn't spin going to one of the options. I opened the drive a bit and it spun but kicked me back to BASIC.

Trying to load back to the disk from BASIC didn't work. It started to load but then went back. So, I did a reboot. Rebooted right back into the disk program without any issues buuuuuuuuuuuuuuuuuuuuuuuutttt THE KEYBOARD STOPPED WORKING AGAIN!!!

I rebooted the computer a few times and it still wasn't working. I can't image something got jostled free, there was literally no movement on the computer except the power switch between it working and not.

So, here I am again with the keyboard not responding. I have a sinking feeling that if I pop the connector for it out and back it will work again. When I put the case on, I had to route the ribbon a different way than when I had it apart and running. When its in the case, the keyboard ribbon wraps around the power supply board so I guess it's possible the little bump from flipping the switch did it.

Or there's some other small component somewhere on there that's failing intermittently.